Kitty Sarkozy is a fantasy, horror, and sci-fi author. She comes from a long line of schemers and dreamers. This has resulted in her often changing her mind on what she wants to be when she grows up, making her something of a renaissance person with an eclectic list of skills and hobbies. She has wanted to be an opera singer, political campaign manager, engineer, and a nurse. She even went so far as to get a degree in Accounting and IT. However, after being an accountant for a while she realized it was more of a fun hobby, like playing Sudoku, than a reasonable career. 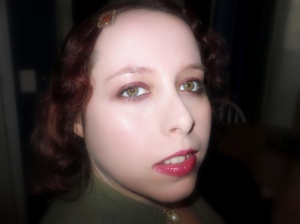 The one thing she always comes back to is writing.

“Writing is my soul’s home base.  I might run around the pitch, kicking field goals at musical theory or weight lifting.  I might score points in knitting, makeup design or auto repair.  I have even hooked my stick around a few careers such as barista, accounting process audit and system design, but writing is where I hit a real touchdown. Sometimes the goalkeepers of self-doubt and laziness stand in my way, but I always knock them down eventually and go home.  By go home, I mean write something. I am home. You called my home number.”

We should note that sports have never been one of her interests, and she has a rather limited understanding of them. 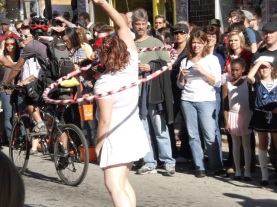 She tried homesteading for a few years raising chickens and growing as much of her own food as she could, but all the chickens died, her leg was broken due to poor sidewalk management in Dekalb county and she had a messy divorce so she is currently living in Marrietta trying to start over.  She works from home and is a bit of a hermit going so far as to say:

“I leave the house as little as possible.  Just like Ms. Dickinson,  when Death is ready for our appointment, He is going to have to bring the car around. I have too many wonderful things to do here.”